Intrepid232 team members Helene, Alison and Rosemary headed to Saundersfoot, Wales last weekend for the British Rowing Offshore Championships. Representing Jersey Rowing Club and competing in the Coxed Women Masters 4x, Helene and Alison picked up a bronze medal with Rosemary claiming gold. It was a fantastic weekend of racing in rather testing conditions – the final being shortened to 4km due to the weather – a drop in the ocean compared with what we will be undertaking in December 2023. With that excitement over it’s now back to our Atlantic training regime…. 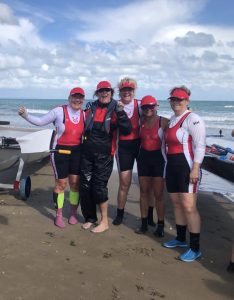 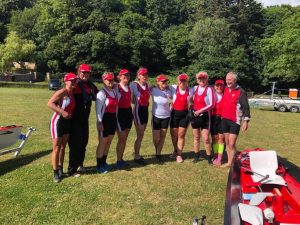 ← Oarsome! Our feature in the St Mary Gazette ... A catch up with Blue Marine →